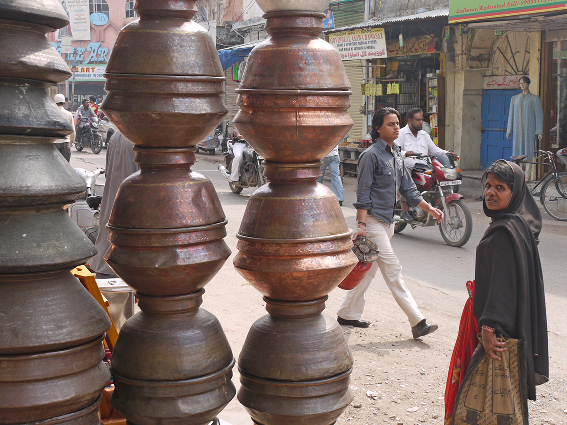 The first thing my driver asks me is if i am married, or if i have a “steady” Yes i have a driver, even the likes of me can afford this particular luxury over here. Hyderabad is huge, i can’t find any maps and many of the streets have no names. For someone like myself who is somewhat “challenged” in the sense of direction department, there is not much choice. Its frustrating though as i see amazing things but we cant stop because of traffic or lack of parking. I asked to be driven to the Mahboob Chowk area. My driver lets me out at a market for exotic birds (to be eaten or taken home a pets). I get out and walk around a bit, the place is horrible but kind of compelling and i want to document it, but this is the one and only time i have felt unsafe in 5 weeks in india.

I lose my driver for a bit and am seriously hassled by some street kids. I finally find my driver again and he nervously says we have to get out of the area. I could feel it anyway and I notice a strong police presence. I have become used to being an object of curiosity, of being stared at, but here the staring was less about curiosity and felt more like a threat. Apparently the old town becomes dangerous on a Friday between 12 noon till 2 or 3 in the afternoon when devout Muslims (men) say prayers and take to the street and can become antagonistic to foreigners at this time. As i seem to be the only foreigner here right now we get out of there immediately.

The Muslim festival of Bakrid is the next day. Herds of goats and sheep are penned in every available corner of the city in preparation for the festivities…

All museums and palaces are closed on Fridays, and the old town is a no go area so i find myself in the only open institution. The science museum (full of broken interactive gadgets and the planetarium with a light show that is beautiful and ridiculous in equal measures. Time to fly home…

Will post more as i go through the small mountain of material i have accumulated in the last 5 weeks.

So now Hyderabad for a few days. A big city of 6 million. Total culture shock for me, after the quiet pace of the countryside or a backwater town like Vijayawadada.

Am getting used to hot water, a shower that works and no animals in my room. So here is over 40% muslim. A conservative city full of women covered head to toe in black with only their eyes on display. Am still an oddity here though, get stared at a lot. Vijayawada (other than mobile phone concessions) had zero western shops (except for strangely enough one baskin and robbins). Here is all levis, calvin klein and mcdonalds etc. A city with huge industry in IT and medical Tourism (especially from the US), still have not seen any westerners though, they must be all in the hospitals. Still get asked for photos though.

…like i said before, health and safety…not an issue. This is a record for me, 5 people on 1 scooter…

Photo requested by subject: These 4 asked for the usual photo, they had hardly any English but they were able to ask me where i was from and if i was alone. When i said that i was indeed here alone, they were literally flabbergasted, they did not know how to process that particular piece of information. I left them in a huddle having a heated debate about my solitary state (i think).

Came across a soap opera being filmed at the golconda fort outside Hyderabad. Surprise surprise an actor wanting his photo taken…

..so i tried to slip away discretely, i always try to leave a place quietly and with zero fuss if possible, but this was not to be… when i was saying goodbye to her earlier in the day, S the headmistress asked my car to drive into and around the school quadrangle before i left. So i was a wee bit suspicious… Turns out the entire school, all 500 or so of them were outside lining the perimeters, waiting for me. There was music/waving/clapping, a giant banner and dancing, while I was driven around like the queen mum to wave good bye. So it was a bizarre scenario but i had to go with it so i waved and yelled back with gusto. For once i did not manage to photograph it as i must confess i became a little overwhelmed, when we got to the little girls whom i shared a house for a month (who were dancing on the stage) and some of them were crying and then so did i…like a big girls blouse… So no photos, i did film it though, maybe i will post it. Its pretty odd….

Photo crits around my mac, generally at the start and/or end of a lesson or field trip. The kids got pretty good at analysing/critiquing images.

These are some of the paper mache christmas decorations my 2 younger groups made. It took FOREVER, but i think they even surprised themselves with the results. 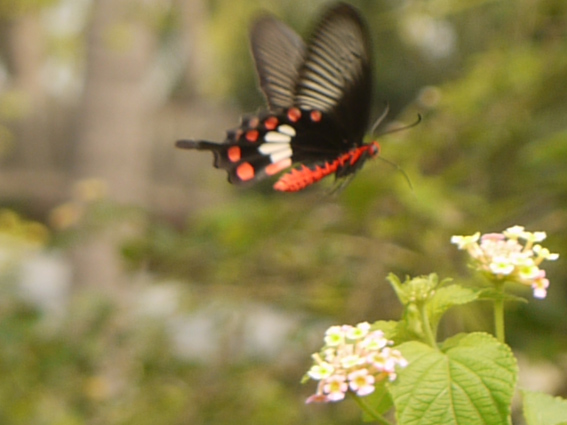 Have accumulated several tons on material. Will keep posting bits and pieces as i go through it, drawings, films photos etc. Am trying to think of a new project for the blog. Keep checking in occasionally…watch this space…meanwhile…

At first i really wanted to know what the local population felt about foreign invasions past and present, us being here now, the brits and others having colonised… The Indian people i have met are always very polite and loathe to be critical. But i now i realise that for so many, the present is such a struggle, that they could not give a damn about the past, it’s the last thing on their mind… Have also met many “anglo indians”, does not matter how many generations back the British ancestor may be, the line of anglo indians continues. People refer to themselves that way and for them generally english is their first language. 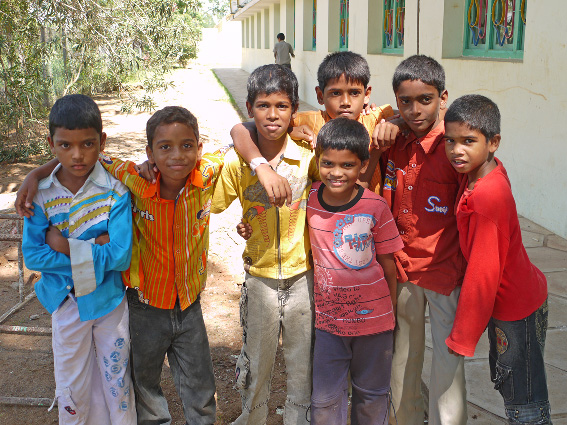 J who works for care and share, tells me when they go into the slums of Vijayawada (which they do regularly to look for abandoned children), that everyone there knows that the cars are from a charity so they know they are there to help, so they don’t ask for money and just get on with their lives. They want to be photographed because they know this might help their situation (but then pretty much everyone here wants to have their photo taken so i guess its just a local trait). Apparently many of the kids here in the orphanage come either from this slum or the train station. Care and Share have people who patrol these areas daily/nightly looking for homeless kids. They have to approach them very cautiously and it takes a long time to gain their trust, initially a lot of the kids don’t want to leave their old lifestyle and they are not forced to by the charity, they have to come of their own volition. Some kids run away when they get here, so the charity goes looking for them and tries to persuade them to come back, they say that no matter how many times a child runs away, they always leave a door open for them to come back.

Photos requested by subject: (first time from a tractor) They spotted me from far off, parked at a junction and waited for the photo. The women in the back then went all giggly, but they asked me!

They pretty much make everything they need here on campus. There is an atelier for clothes, a book binding/printing workshop, they make shoes, mattresses, school bags…

Copper sulphate, they add it to rough flour and water and boil it up to make glue to bind books:

Photo requested by subject, a whole family to be precise and then they insisted on having a photo taken with me…and i HATE having my photo taken but it seemed churlish to refuse…