leone contini and the cucuzza… 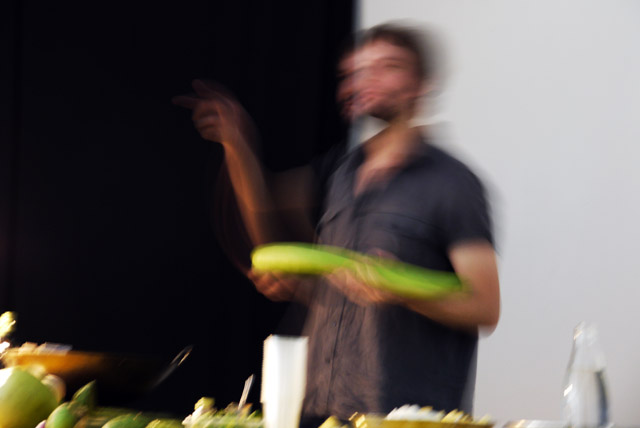 Leone Contini is an Italian artist working on projects relating with food, migration, family history and everyday life. He presented to us at UNIDEE (organised by one of this year’s residents Carolina Rito) whilst cooking a recipe handed down to him via his grandmother and then mother using the cucuzza (a pendulous kind of squash) which is a an iconic and ubiquitous vegetable synonymous with Sicily and also in Asian cuisine. 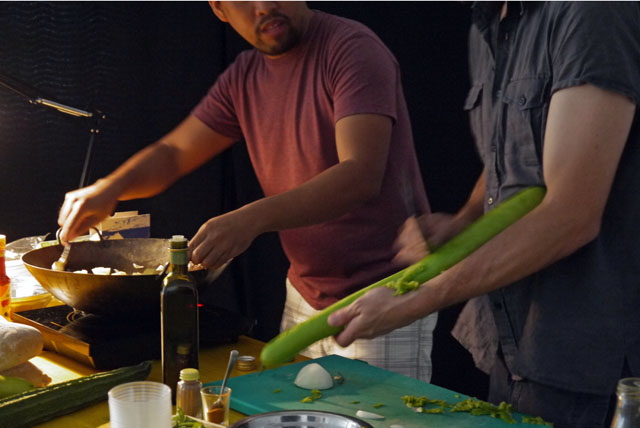 In a sneakily simple and smart way, he cooked and told stories about his life and relationship to food through hereditary and changing geographical situations…damn…i kind of think i do that too…but he said it better than me. He spoke about his art practise using small everyday encounters as interventions, such as living among the Chinese community in Tuscany, exchanging knowledge with them regarding food, similarities, differences…(see here). Did i already mention i think i do that too…damn…Also and incidentally i should shut up and stop moaning about the lack of interesting artists currently working in in Italy as they are actually there,  it’s me that i doesn’t know about them… 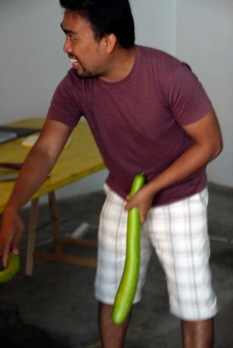 Incidentally and For Your Information… regarding the cucuzza in other cultures:

Richard Legaspi (another UNIDEE resident, from the Philippines) told us about a Christmas party game amongst the older generation in which men swing the pendulous vegetable (there called upo,) between their legs whilst trying to break the egg held between the legs of their female counterpart…(aubergines can also be used) what can this possibly mean???… Also children in the Philippines are encouraged to eat the vegetable as it will make them grow up nice and polite… I like my job.